This writing business: some rambling reflections

Last month I finally got round to publishing Small Town Blues, my second and probably last novel. Each was years in the making and at 77 I’m not sure if I have the time or stamina to write another. I’ll go on writing, of course, but in shorter forms: poems, stories, possibly a novella or two. Brevity is an undervalued quality and the novella an underused form – a genre that allows for development while avoiding the ‘bagginess’ that Henry James complained of. ‘The blessed nouvelle,’ he called it.

‘A poem is never finished, only abandoned.’ Same for a novel? So the question is, when to let go? I guess in a pandemic when survival looks chancy? I’m reminded of those writers, Edmund White, Andrew Holleran, Thom Gunn – witnesses to the decimation of whole communities in NY and San Francisco in the 1980s – who rushed to get their AIDS narratives and obituaries out before being chopped down themselves. Sometimes there isn’t scope for pernicketiness. The clock says, Speak Now!

(The British experience of AIDS in the 1980s – so brilliantly captured in the Channel 4 series It’s a Sin – while no less horrifying for those affected, was less catastrophic in scale than that of the USA, and I can’t think of any British writers except Adam Mars-Jones and Oscar Moore who testified from within the eye of the storm, so to speak. Most AIDS writing – like Hollinghurst’s The Line of Beauty and Tóibín’s The Blackwater Lightship – is retrospective.)

Philip Larkin thought the two novels he wrote before he turned to poetry, if ‘not very good’, were nevertheless written with scrupulous care. I think I could reasonably say the same of mine. The effort’s there, whatever the achievement. Besides, ‘every attempt is a wholly new start and a new kind of failure.’ Actually, I’m struck by how much you hold in your head when writing a novel, so that by the end you feel as if your brain will burst. And it’s not just the language; it’s the details that accrue around a character, the specifics of appearance, location, plot. Emma Bovary’s eyes, apparently – though how many of us notice? – change colour several times in the course of the novel. Easy to slip up, then – or leave unplugged holes – and my heart goes out to Raymond Chandler who admitted to a gathering of screenwriters that he didn’t know who killed the chauffeur in The Big Sleep.

‘I am going to take a heroine whom no one but myself will much like,’ wrote Jane Austen of Emma Woodhouse. Likewise, Evan, my central character, is not a vote-winner. He too is arrogant, vain and callow at the start of the novel, but he passes through an arc of self-discovery and by the end has gained, like her, a degree of maturity. In any case, I confess that I’m sceptical about the idea that a central character must be likeable. It suggests a naïve view of fiction. For isn’t there a difference between liking and sympathising? Do we ‘like’ Heathcliff, Becky Sharp, Clarissa Dalloway, Humbert Humbert, Holden Caulfield, Tom Ripley? And doesn’t any sympathy we might have for a character also wax and wane? Pip, ill-used in childhood, becomes, before his change of heart, a snobbish young gentleman. And what about Hedda Gabler? Power-mad lunatic or freedom fighter? Perhaps we recoil from her at first but then inwardly cheer her on? Yeah, go for it, girl!

I started my first novel with no thought of publication; I was simply lost in the creative process, and part of the challenge was to see if I could go the distance. But when I reached the point of fiddling – putting in commas and taking them out again – I wondered what to do with my bundle of words. I could leave them to rot on the computer or make them available to anyone who wanted to read them. Eventually, after some feeble attempts to interest agents and publishers, I decided that self-publication was the route for me. And there’s a living to be made from that, of course; though actually I’m not interested in sales; I’ll settle for a handful of sympathetic readers.

But how to gain even a single reader without some promotion? The worst part of publication is having to plug your novel. Most of us just want to write, yet if we don’t promote, no one, in the welter of fiction now available, knows we’re even there. The professionals, who also have to promote, complain about it too. Pat Barker says that she stopped writing for two years after winning the Booker and simply sat in bookshops signing copies of The Ghost Road. Frankly, I’d have thought that winning the Booker was promotion enough; it certainly puts everyone else in the shade. But isn’t that the downside of prizes: a case of winner takes all? Anyway, not my problem: I’m as far from winning the Booker as becoming Sportsperson of the Year. On the other hand, if you fancy a coming-of-age tale about a cocky young man who gets into trouble, head over to Amazon. And if you’re signed up to Kindle Unlimited, you can read it for free. Paperback available soon. The cover illustration, by the way, is by my partner Phil. 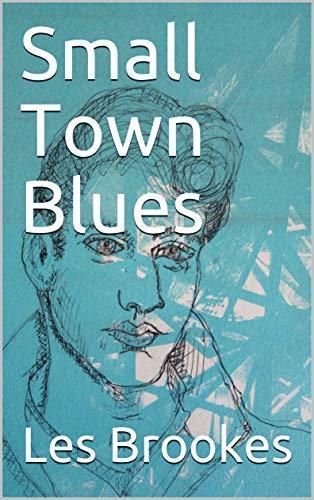